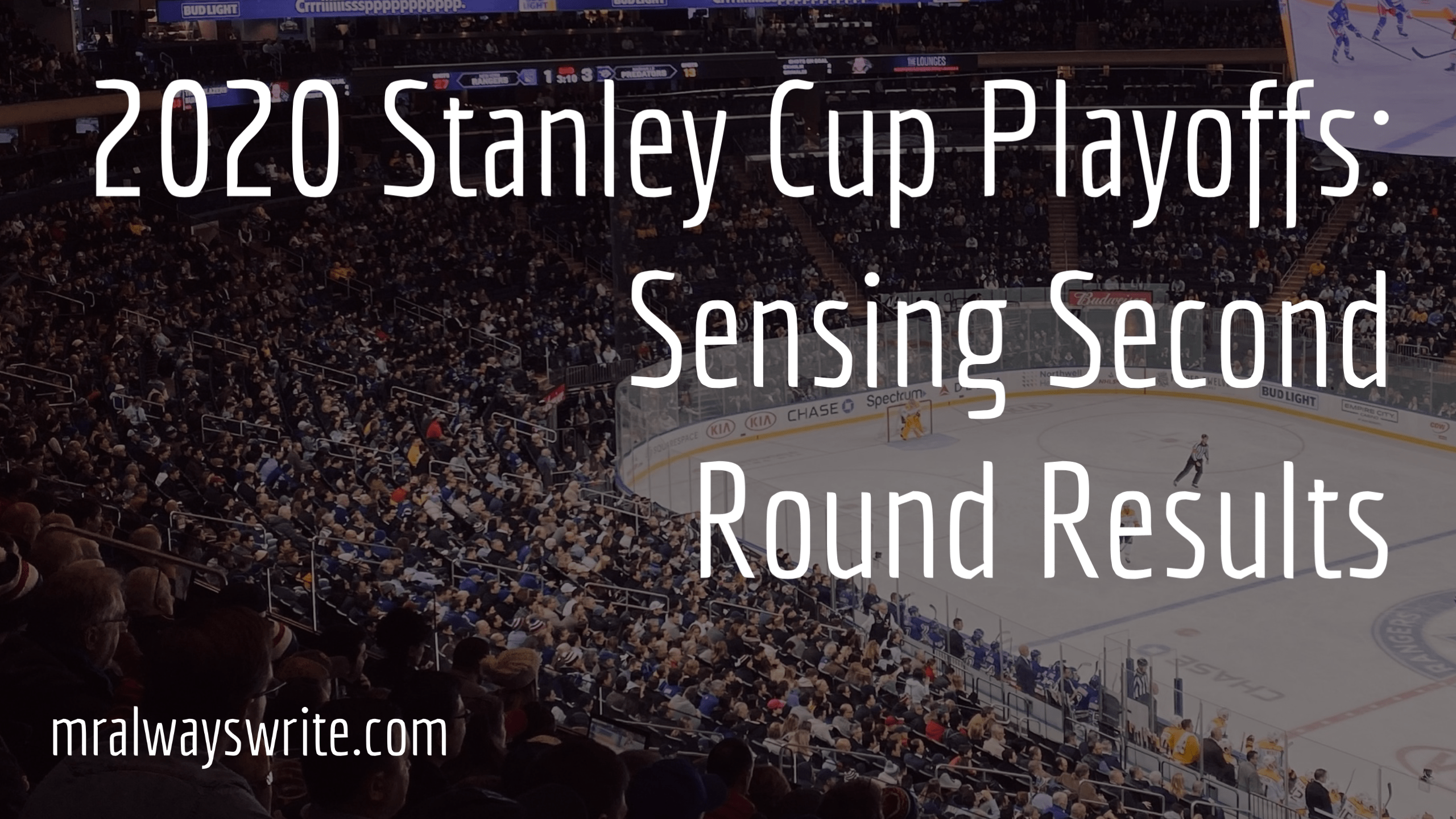 With the Second Round set, the eight teams that remail are all one step closer to the 2020 Stanley Cup.

I kicked off my 2020 Stanley Cup predictions accumulating a 4-4 record through the Stanley Cup Qualifiers. Call it a coincidence, or perhaps just consistency, I then followed-up by going 4-4 in the First Round too.

That said, I’ve always been an advocate for progress. I’ll look to turn this next set of insights into a more successful round than has clearly become my norm. There are four match-ups that make up the Second Round and with the parity throughout the league, let alone as things wind down to only include its top teams, these results truly can begin to sway either way.

Eight teams are off to the Second Round of the #StanleyCup Playoffs, which begin Saturday, Aug. 22.

Let’s take a peek into the next round and see how things are looking as this stage of the bracket gets underway.

Two of the more surprisingly dominant teams to show up this postseason, this series feels like it deserves to have fallen deeper into the tournament than the Second Round.

This is a Flyers team that just continues to look so strong and sturdy as they gain more momentum. Getting results across all positions and really shaping out like a deeper team than many assessed.

New York has so many weapons on offensive. To say they’ve been exciting wouldn’t do them justice. But, they haven’t yet been faced with having to bypass this type of backend and will quickly see it’s not quite as easy to score this series.

This series feels like it’s the two heavyweights of the league facing off against each other to see which will remain to hold that title. These organizations have been around this type of progress for years.

Despite Boston’s slow start to the postseason, they’ve cleared the confusion to show that they are still a team to fear. Their best line has become it again and they are as well rounded as any that still remain.

Whereas the Lightning has just continued to strike in the same ways they’ve been known to over recent years. Attacking quickly and relentlessly, they earn the pace within every game and take it from there. They won’t stop now.

Having both left their cities only to then return in the early to mid-1990s, these teams feel like they have such similar storylines. It’s as though they’ve been rivals ever since. Being in the same division helps with that, too.

Dallas has already surpassed any type of expected success, so they’re on bonus time at this point. Unfortunately for them, their play will reflect that as their goal totals dry up quickly from running into a much stronger opponent.

Colorado, on the other hand, will keep their snowball rolling as the goals continue to flow freely from their side. They’ll have even more fun this round, creating highlight-reel plays as they control the pace throughout it all.

#GoAvsGo beating #GoStars 4-2. (Also stating this publicly now so it's clear that I already locked it in, if my predictions blog post isn't published before Game 1.)

The Avs are victorious 4-2.

An unlikely match-up that sees two fast-paced, skillful, and flat out fun hockey teams faceoff. One expected to be here, while the other has busted some brackets. Both hungry to win their first Cup.

The development that aligns with the maturation of Vancouver’s young stars has been a spectacle. They play with a new wave of passion, consisting of a core group of talent that has made this franchise a winner again. It just won’t be enough.

Vegas being an expansion team a mere few years ago is mind-boggling. Clearly, making it as far as they did right off the bat never was just beginner’s luck. They’ve continued to strengthen with each passing season and will reign supreme.

Shaping Out the Brackets

These eight teams have proven that they all deserve to have gone deeper than those they beat out. It’s unfortunate that four of them have to lose, but it just means that the winners will reach a heightened level of competition and hunger as they proceed. Fans will be the biggest benefactor.

With the #Canucks beating the reigning #StanleyCup champion #stlblues 4-2, my record on the round improves to and ends at .500 (4-4). ? #HockeyTwitter https://t.co/uTDF9xwlMd

Having gone 4-4 in the Play-in Round and then 4-4 in the First Round, we’ll see if I can break my consistency in the most positive of ways and finally earn a winning record.

Have any of these teams busted your bracket or is your predicted winner still playing?

MLB Baseball Is Better Two Hashtags at a Time