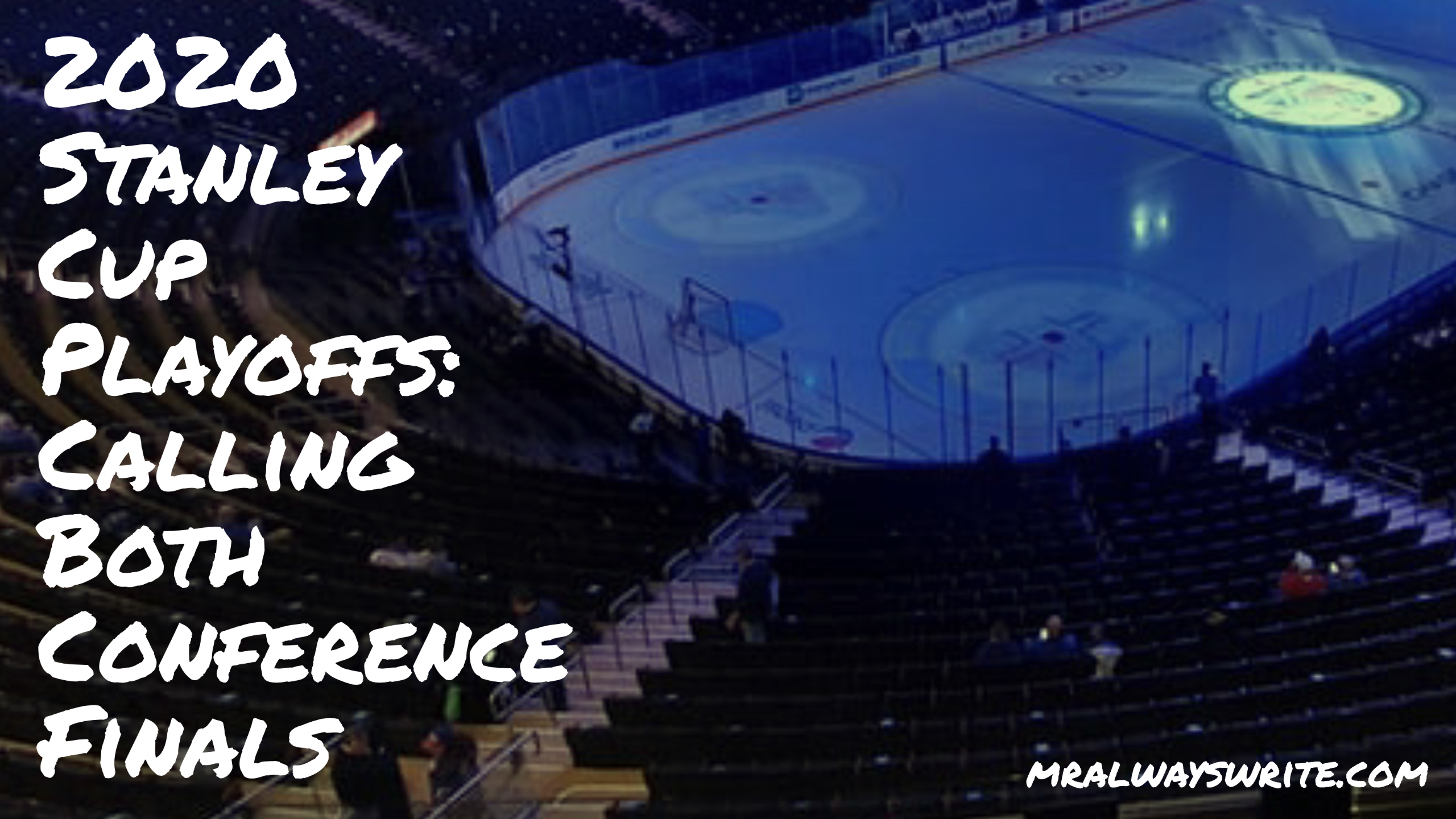 And then there were four. The 2020 Stanley Cup Playoffs are now headed into the Conference Finals and here’s how I see things going.

If you’ve been following along, you’ve seen that my Stanley Cup Playoffs predictions have included mixed results. For the most part, I’ve held steady. Although I haven’t yet found a way to turn it into a winning record, I’m also not facing an overwhelming amount of losses from my educated guesses either.

Being that the NHL is now down to its final four teams competing towards hoisting the Stanley Cup, I don’t have a lot of opportunities remaining. As the tournament tightens up, so does the parity.

This is a league that already does an effective job of making it possible for every team to win on any given night. So when those who last the longest clash this close to the final prize, it becomes even more difficult to assume what’s expected.

And then there were four!

Who do you think will be battling for the #StanleyCup?

Let’s get right into it, to take a closer look at how we got here, who remains, and the teams I see moving on.

So Far, So Good

As a quick recap, here’s how I’ve done to date:

Two right, two wrong, through the Second Round. Have you caught on to the pattern I just can’t seem to shake? Now 10-10 through three rounds, I have little time left to end on a more winning note.

I’m not overly upset that I incorrectly chose the Avalanche, as I’m impartial on my feelings towards them. But something kicked in during their series that saw me rooting for Dallas to accomplish the upset. As for the Flyers losing, at least I foresaw that it would take all seven games.

It was great to witness Tampa beat up the Bruins. That’s what I expected and had hoped for. Now, as far as Vegas being victorious, I certainly saw that coming. To be clear, it’s not as though I wanted the Canucks to have an early exit.

And that’s because I think they’ve done a lot to progress and they’re a fun team to follow. Not because I allow myself to be force-fed the nonsense narrative that Canadians should back the last remaining club from our nation. The only teams that represent an entire country are the ones you see during international play. Simple as that.

Whether I can cap off my record to beyond a 50% winning percentage or not is yet to be seen. For now, all I can do is focus on the next two rounds. These four are teams that are now battle-tested and ready to throw even more towards their opponents, to break through and into the Final.

Playing For the Prince of Wales Trophy

One has exceeded expectations year over year the past few seasons, while the other has made it a standard to make it at least this far. Regardless, what they share is how fastpaced, exciting, and creative they play the game.

The Islanders continue to surprise spectators and it may be about time that non-fans give them the credit they’re clearly due. For a team that’s often overlooked as though they don’t have the talent that they do, New York keeps finding a way to put their pieces together into the successful puzzle that they are.

Tampa is a team with the type of hunger that stretches beyond what other less experienced rosters are capable of comprehending. They’ve made it a pattern to push far in the playoffs, yet they haven’t been able to close it out with this generation of their franchise. The Lightning’s locker room knows what it takes and they have the tools to make it so.

Again, there’s no denying that New York deserves the kudos they’ve earned. Any objective observer has to recognize when it’s time to respect the effort going into what’s becoming a successful recipe. However, those same viewers have seen this of Tampa Bay for far longer and that will extend through this year, too.

Both teams play with speed and skill, but the Lighting will strike with more force to win the series 4-2.

Organizations out of the West always come across as being powerhouse goalscorers. These two have certainly lived up to that reputation. They sit 3rd and 4th in goal totals amongst all postseason teams and will continue to move up that list with every additional game they play.

Taking a look at what Dallas has done is nothing short of impressive. They did not have a stellar campaign, by any stretch, and came into the playoffs seeming as though they could easily have been out of them at the first exit opportunity. Yet, they’ve prevailed. Most of us have been guilty of not anticipating that, too.

Facing off against the Stars is a Vegas team that has made it an expectation to be this deep into every postseason, from what they came out of the gate accomplishing during their impressive inaugural run. As far as this season goes, they are now even more heavily favoured to do damage and complete the ultimate task.

The @GoldenKnights will face the @DallasStars in the 2020 Western Conference Final, which marks their first all-time head-to-head postseason meeting. #NHLStats #StanleyCup pic.twitter.com/RVyLHxjphB

Despite the drama that continues to unfold within their crease, I think it’s safe to assume that the Golden Knights will end the unexpected push that Dallas has mustered up to this point. The Stars won’t go down without a fight, though. It’ll be fun to watch the whole way through.

We’ll witness far more physicality on the west coast, as the Knights beat up the Stars by 4-2.

Piecing it all together, this means I’m predicting a Stanley Cup Final that will see the Tampa Bay Lightning take on the Vegas Golden Knights. Two favourites, who have earned the title. Both have a good balance of skill and grit, sharing the most important ingredient of passion with every opportunity that they get to play.

As these remaining teams battle it out to cut the pool in half again, sit back and enjoy. We get to watch the best teams fight for the hardest trophy to win throughout professional sports and the hockey is only getting better from here.

Who do you see pushing through and facing off in the Stanley Cup Final?

MLB Baseball Is Better Two Hashtags at a Time